Welcome to the RedState Weekly Briefing  — where we take a quick look at the week’s most viewed stories in case you missed any of them. Grab a cup of coffee and sit down with this 21st Century Weekend Edition of your favorite (online) publication!

Well, I’ve got bad news for mouth-breathing liberals everywhere: Twitter has bent the knee and will hand over the data Musk is wanting, clearing another obstacle out of the way.

Julian Gill, the journalist in question, lashed out on social media after the incident, asserting that it was crazy that members of a “biker gang” were helping the police. Many in the replies also expressed dismay, as if someone who rides a motorcycle is somehow inherently dangerous or something.

Regardless, what kind of sociopath tries to enter a funeral to take pictures for the media? There are lines that shouldn’t be crossed, and this was one of them. And for him to then go play the victim because he was stopped? The entire situation reeks of entitlement. 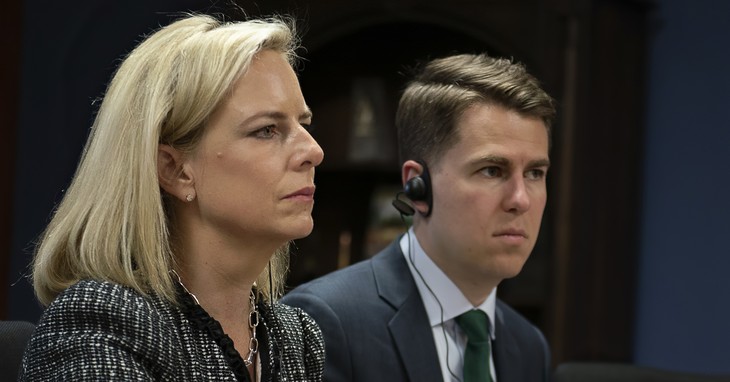 Miles Taylor, who spent years anonymously claiming to be a big shot within the Trump administration, did not, in fact, “oversee the Secret Service.” He was a chief of staff within the Department of Homeland Security. To the extent that he had any influence at all via his role as an advisor and organizer, he was not who anyone at the Secret Service technically reported to. Chains of Command do actually exist, and Taylor was not in it.

Nevertheless, in an incredibly satisfying turn of events, Taylor ended up getting drop kicked by the current Secret Service Communications Director, who chimed in to correct the record.

Between this and the failure to hold the Democrats themselves accountable for all their bad acts, that’s leading the country to a very bad place. They’re doing this, despite the evidence that Americans have moved on from the three-hour riot, that they are much more concerned about how Joe Biden and the Democrats are hurting their wallets with their bad policies. But the Democrats are still hoping that they can spin new disclosures that will help their cause.

This has not been the way the DOJ has handled such things in the past, and that’s a problem. George Washington University law professor Jonathan Turley points out in a new op-ed how, normally, contempt charges like this are not pursued by the DOJ–even when you had flagrant contempt from Eric Holder. But he was a Democrat, so he wasn’t pursued. Navarro, on the other hand, was just charged with contempt in April, and they are going after him with speed; although, even though they’re trying to pistol-whip it through, they may not have a prosecution before November.

But as usual, the woke scolds are seeing the movie’s success and are scrambling to cover it with a narrative before people can reach their own opinions about it.

You see, the movie doesn’t really engage in politics. It never carries a message for one side or another. It’s purely driven by characters, dynamic situations, and top-notch action that relies on very minimal CGI. It never denigrates men with tired feminist narratives, nor does attempt to check unnecessary identity boxes. The movie is so apolitical that even the villain is kept shrouded in mystery the entire time. The mission Tom Cruise’s “Pete Mitchell” must train his students for is against a country that’s never named.