Out of altitude, out of airspeed, and out of ideas. This old saying about the root cause of every airplane crash seems to be the operating principle of Joe Biden’s economic team.

By any standard of measure, our economy is heading into recession…if we are lucky.

The supply chain problems created by the panicked reaction to the Wuhan virus have not abated. Major East Coats truck stop chains, like Pilot, have warned their customers that diesel may be hard to find over the summer. The housing market is looking more and more like 2007. Our GDP is shrinking.

The labor force participation rate has lost all of President Trump’s hard-fought gains.

The Dow Jones has shed 7,000 points since the first of the year.

Underlying all of these problems is inflation. Inflation is kicking our butt. Nominally, it is just under 9%, a 40-year high (New Inflation Numbers Come Busting in Like the Kool-Aid Man, Completely Counter White House Narrative). However, people who study this stuff believe it is wildly understated.

Bidens’ Fed is unwilling to take the steps it must to pull us out of this inflationary spiral because they fear the impact on the 2022 elections.

In fact, while Biden and his minions talk about stopping inflation, the only solution they have is to send money to voters in the hope this group of morons will get through the election before the bill comes due.

Given all that, it was less than surprising that the Biden White House’s big idea for handling high gas prices was to send out “gas rebate cards” to random people with mailboxes.

Senior White House aides have in recent days explored new ideas for responding to high gas prices and looked again at some that they had previously discarded, desperate to show that the administration is trying to address voter frustration about rising costs at the pump.

Biden officials are taking a second look at whether the federal government could send rebate cards out to millions of American drivers to help them pay at gas stations — an idea they examined months ago before ruling it out. Aides had found that shortages in the U.S. chip industry would make it hard to produce enough rebate cards, two people familiar with the matter said. White House officials also fear there would be no way to prevent consumers from using them for purchases other than gasoline, according to another person familiar with the discussions. Even if the administration embraces the proposal, it would probably require congressional approval and face long odds among lawmakers wary of spending more money.

The mind boggles at the level of idiocy that thought giving rebate cards to consumers was a solution rather than addressing the Biden policies that have created a fuel shortage and nearly doubled the price of gasoline in two years. No, the war in Ukraine doesn’t have jack sh** to do with it. The fuel price increase was well underway long before the Russian invasion of Ukraine. 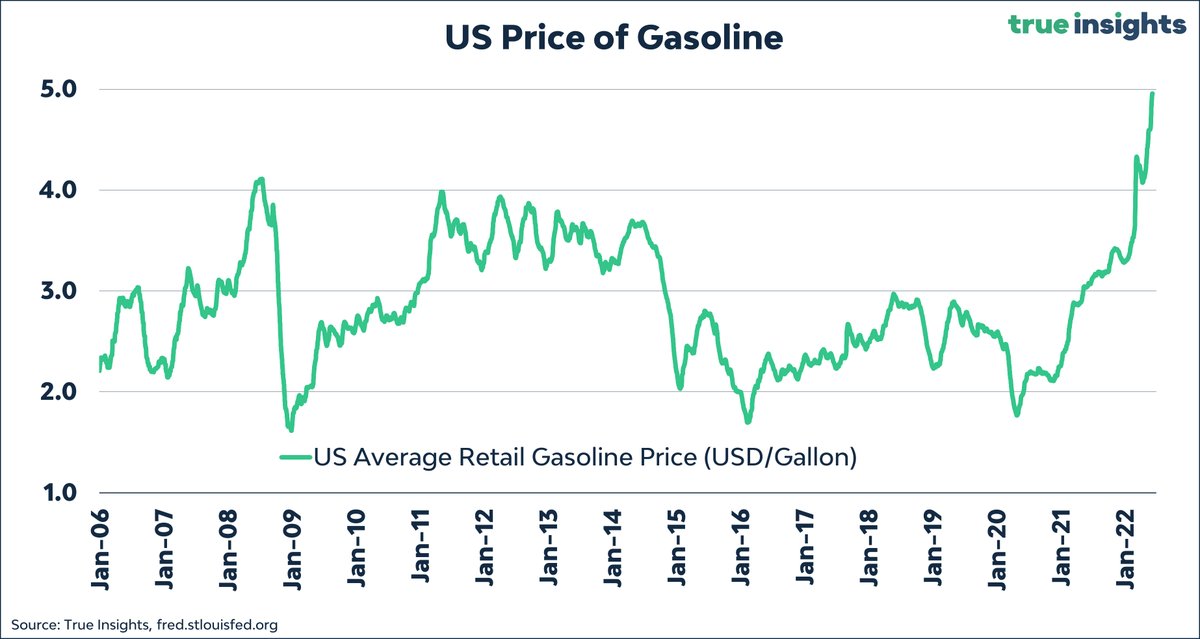 The irony of being rescued from a stupid and inflationary policy by a screwed-up supply chain is just too much to bear.